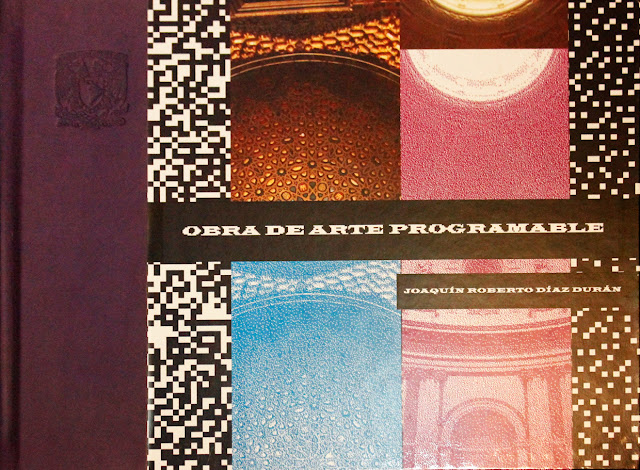 I present to you the ending product about all the work realized during the development of my masters.

This thesis is unusual between artists also engineers in the mexican environment.

To be honest this is a work of art but with an interdisciplinary approach.

I am proudly presenting to you "Programmable Art Work"

VIRTUALIS PRESENTIA. STUDY ABOUT THE EFFECTS OF VIRTUALITY ON THE REAL WORLD

Digital world and art is the raw field of the research, the virtual is the main theme, day after day we are closer to the virtual and it is more relevant on our life, to the point of becoming the place where we interchange everything, money, felling, images, memories and so on. The focus is not the virtual inside the computer quite opposite, it is the virtual in our physical world. The idea started thinking about the absence of some appreciated people as a presence of something we can´t see, but we can fell. Creating interactive environments, tools that detect in poetic form the invisible presences and automatons that response to the presence of people, it is possible to embody the virtuality, making evident the reality of the virtual, as an example a few months ago I built a pinhole camera (Phantasmata sonoris, 2011) which did not use a film, instead it used a flat cover of LDR (light dependent resistance) that converted the image reflected on the bottom wall of camera in to sound, making possible to “hear the shadow inside”. Research involved both: development of artistic work with digital tools and theoretical review of the concept of virtual.

This research is closer to the 3D production and the studies about perception of the space that contemporary sculpture provoke, by the interest of the actual work we opened the research area that began on sculpture, to finally arrive to a new place. That door was opened at the beginning of the first half of XX century, Naum Gabo in his text Sculpture: crave and build on space from 1937 writes: “We thing the space from a radically different point of view. We consider as an absolutely sculptural element, free from every close volume and we represent from inside with their own specific properties”. At this point we are ready to speak about reality of the virtual, and the trace left behind.

To complete this framework we need to add the proposed concept of space by philosopher Xavier Zubiri on his text Space. Time. Matter.:

“It has not been said that the only way to be on the space, to be attached has to be precisely occupying it. By example old anthropology used to say that the soul is in every part of the body. This means that it is not precisely in one of them. However it is inside of the boundaries of the human body. It is not the same thing being on a space than occupying it. There may be others ways to be on space different than occupying it, and that neither is defined by it”.

This space concept allow us to precisely think that the virtuality interacting in our world without a full existence.

The concept of virtuality, I will work with, is the one authored by Pierre Levy, which defines it as potency or force, describing it as a state of real things opposite it not to actual, but to real. The virtual is real in terms to a potency of being and it just needs to update this realism so its virtually develops. A step in which it can be perceived how virtuality works, proposed by philosopher Slavoj Zizek, is a Father watching his son exercises a powerful force in his behavior, whose strength resides in the fact that it is not a physical one.

Another useful concept that makes a cross with the research is Postmedia, in the way that Jose Luis Brea speaks about a moment in which it is possible to intervene into the mediatic sphere from inside, with the tools provided by itself, because in its own diffusion and access to multiple channels and mediatic tools, in their arousal created an open space; this Brea assures, the deep transformation of the area of knowledge distribution technologies and artistic practices. And that his big contribution to this kind of artistic work is because we use and transform the utilitarian tools of electronics to build non utilitarian objects or human phenomenon.

The current research will explore the electronic art and the possibilities of digital technologies to make evident the effect of the reality of the virtual. The research will continue my plastic work trend line in which one explores the concept of non-presence, which means something that is not now here until we could fell it. The non-presence concept is nearly similar to the Greek word phantasmata that was mentioned on the Myth of Cave from Plato, he use phantasmata to refer the shadows reflected on a wall cave, which were the ghost of an entirely world outside the cave, in this way phantasmata means a non-fully, a shadow of reality. This is the main concept of Virtualis Presentia, ghost of reality, the presence without the thing, the invisible power that influences our behavior and so on, and the artistic research explores how it works.

The research process has two components the theoretical and practical. For each scholar period I will create work art pieces, which will explore the phenomenon of the reality of the virtual, to conclude with the development and exposition of Virtualis Presentia. It is proposed that for the final proposal there will be conformed a multidisciplinary team that could interact and chose together the better way to the final work.

Theoretical research will complement the production work bringing clarity on concepts, thinking the problem of virtuality in multiple ways, how it interacts with world, which places are selectively permeable, how we can see its effect on us, on our architectural space, on our behavior and so on. This idea is to become stronger day after day, because the limits between real world and virtual world are most slightly.

The research will take place on this last division, the main area of research at last, but it will not be closed because the virtuality also is one of the main subjects on digital technologies.

Develop the artistic proposal Virtualis Presentia, which deals with reality of the virtual, using as Medium the digital technologies and electronic devices.

Since the proposal by Dada and Russian Constructivism the idea of space and matter, has changed transforming sculpture into different ways of expression as: installations, environment, objects and even happening. Another important fact that was underlined by the Constructivism was the closer relation between the engineering and art.

On 1970 with the beginning of the called New Media, artist, scientist and engineers, arrived at a crossroad exploring the infinite world of possibilities that this union provided, like interaction, immersion, kinetic and critic implicated on that devices. The critic side is mentioned because it is impossible to avoid seeing that this wonderful technologies have their origin in the war industry, on the other hand this technology has been diversifying for artistic purposes transforming their character.

Most of these works began by elaborating pieces attached to a plane screen or a projection surface, but it was just the beginning, with time the popularity of this kind of technology came to the top and this works began to leave the flat behind; as example on 1994 the artist Jeffrey Shaw, presented Golden Calf, placed a link between classical sculpture and interaction with virtual objects, establishing a tie of reality between virtual and real, the piece was composed by a white pedestal and a color screen, which was the only way to see the object on the pedestal.

After Golden Calf, Mexico City in 2000, the Mexican-Canadian artist Rafael Lozano-Hemmer, which in his words “takes the multimedia environment to occupy the real space…”, made the Piece named “Vectorial Elevation”, this work was integrated by 18 robotic reflectors that enlighten the night “Zocalo”, main square in Mexico City, sky; the were handled from a white board with public access, making possible that any spectator could create and see his own inspiration crossing the sky. The interaction between the people, public space and the work, was in two ways, the people could control the machinery through a web site in which they programmed a sequence of movements of the robotics reflectors and in the central square were the people could look the movement of the lights.

Prior examples show how the virtuality had been interacting with real world swapping realities. On 2005 the group “Haque design+research”, mounted “Haunt” in a room, reproducing the environment of a haunted house, causing in people attending the sensation that there was something, they heard noises, in addition to any other feeling related to phantasmal presences. The sense of presence was provoked artificially, with ultrasonic waves, magnetic fields, light conditions, and temperature control, making people see, listening and fell things on an empty room. They put things or transmitted free feelings to people without any tangible material element; they just attached the perception system and the sensory system and the people did the rest.

Through the work produced under Virtualis Presentia there might be evident to the people and allowing them to better understand that real virtuality goes beyond reality in our world and in daily life.

Methodology. The practical and theoretical research begin with an exploratory character, to ponder the concepts and techniques by which the artistic technological works have been done, but the goal of research is explanatory, in the way we could bend the virtuality, carrying it to the real world. I propose the “Art Based Research” (Shaun McNiff, 1998) as the methodology.

Bibliography. I will do a review of specialized literature that develops main concepts of the research. Also I will do a visual review, taking the artists and non-artists who do this kind of work, about the virtuality or making art works with digital technologies.

Experimentation. This step is divided into three stages: First to approach the idea, in this stage I will do sketches on video, installation, photography, experimental sound, animation and prototyping interactive devices. In the second stage I will select some of the sketches made in the first one and develop some pieces. In the third stage the multidisciplinary group will select the way that Virtualis Presentia will create the final work for a specific site.

Production planning. I will form a multidisciplinary team to do the final work; it will make the necessary arrangements for the production, exhibition, and socialization strategies.

Final Report. I will finish the text including the different stages of the research embracing the conclusions, exhibition and a final statement.

The research allows us to get close to a sensible knowledge about virtuality, which every day becomes more important into our society. The virtuality embodied in an object or caused by an intentional situation could bring light about its origins, behavior and how we interact with it. It contributes to the formation of the theoretical body of digital art, which is beginning to develop in our country. It Could be a benchmark for future studies in both areas art and technology.
Socially contributes to the understanding of this phenomenon as a sequel to the classic and modern sculpture still so present in our lives.

I have an equipped workshop for sculpture and basic electronic prototyping, and access to specialized literature. I have been supported by the Multimedia Center of National Art Center which could provide technological and theoretical consulting. 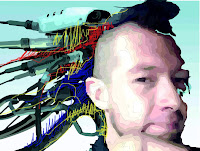